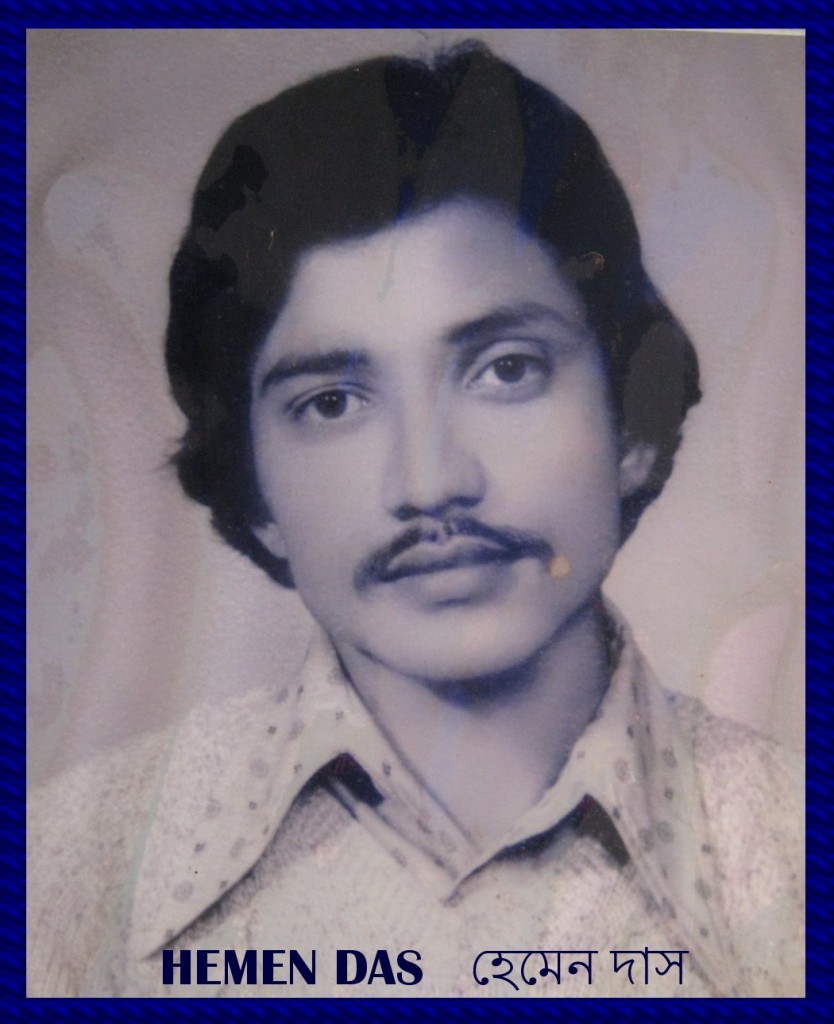 Hemen Das was born on the 12th of December 1955 to a respectable Assamese family in Uzan Bazar riverside, Guwahati. His father late Aditya Chandra Das worked as Head Accountant in the Police Department and his mother late Jagateswari Das was a housewife. But Hemen Das had predeceased his mother. Their house is located in the serene environment of the ancient locality of Uzan Bazar, bustling on the banks of river Brahmaputra.

Hemen Das was into music right from his childhood, his father had arranged for a music teacher for his children. Added to that, was the rich cultural atmosphere prevalent in the Uzan Bazar area. He started public singing beginning from his school days. He was a professional singer of All India Radio Guwahati. He made around 5 cassettes of his songs. He made an EP records together with Late Anima IC Chakraborty previously known as Anima Bhatta, prior to her marriage to Mr Ishwar Chandra Chakraborty residing in Canada. He was also into music direction.

Hemen Das did his schooling in Don Bosco school of Guwahati and completed Pre-University in science stream from B Barua College. But in graduation he shifted to Arts stream and completed his graduation in Arts from Guwahati College, Guwahati. After graduation he joined as Development Officer with Oriental Insurance Corporation.

He was married to Aparna Das of Uzanbazar, Guwahati. They have two daughters Richa and Nicha both employed and working.

Hemen Das died on the 30th of August 2004 due to liver related ailments.