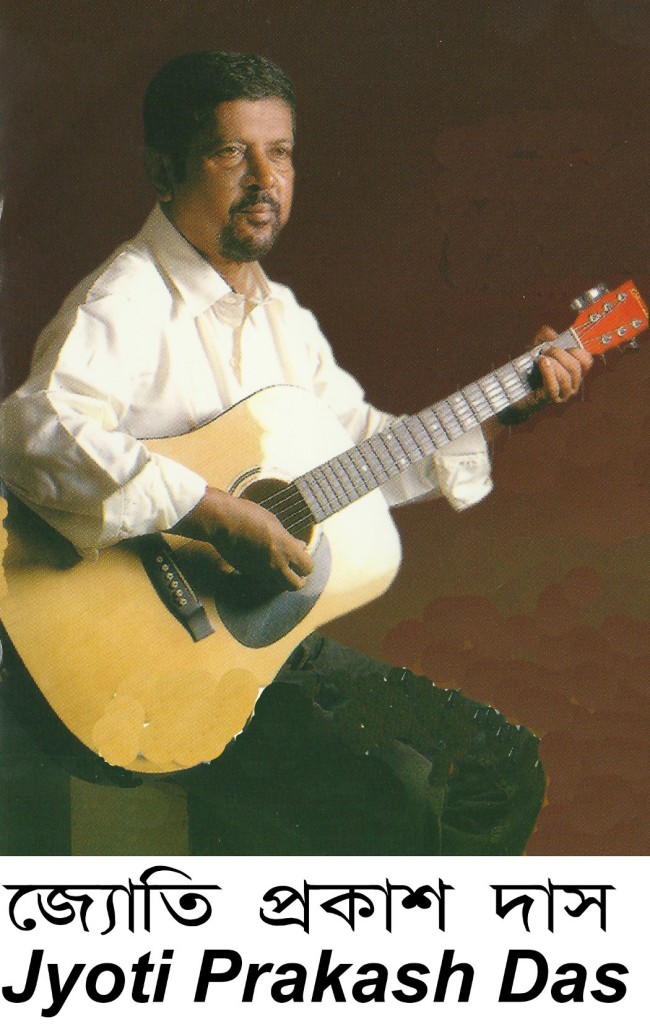 His full name is Jyoti Prakash Das, but he is more famous by his abbreviated name, J P Das.

J P Das was born in 1947 to Mr Dhirendra Das and Mrs Bina Pani Das at Dibrugarh in the then Berry White Medical School the precursor of the Assam Medical College. His paternal family as such hails from the district of Golaghat.

His childhood and youth were spent in the hill station of Shillong which was the capital of the then undivided Assam state. It was in the Saint Mary’s School where he started his primary schooling, then proceeded to the prestigious Saint Edmunds School for the senior part and to ultimately end up in Saint Anthony’s College for his college education, all in Shillong.

J P Das was in the musical world right from his adolescence. He fondly recalls his first guitar which was presented to him by his father while he was 14 years of age, it was of Edisonia brand and costed a hundred Rupees. There in Shillong, he and his Khasi friends formed a western music band by the name “Jet Liners” while he was in college and performed in several shows, he used to be the rhythm guitarist of the group.

In 1969 he joined as Production Assistant (Music) in the All India Radio station at Guwahati. There he rose to become Assistant Station Director of that station ultimately to retire in February 2008.

During his tenure at All India Radio he came in touch with many greats of the Assamese musical circle like Dr Bhupen Hazarika, Jayanta Hazarika, Khagen Mahanta, Dr Biren Dutta, Mihir Bordoloi, Ridip Dutta, Kula Barua, Nilima Khatun, Charu Gohain and many more.

He remembers with gratitude the guidance he received from the very senior musicians like Biren Phukan, Hemen Hazarika, Mukul Baruah, Jiten Deb and others, under whom he had got the chance and privilege to work with.

Many of the famed singers of the Hindi modern music based in the film world of Mumbai who have sung Assamese songs, like Kumar Sanu, Kabita Krishnamurty, Anuradha Poudwal, Asha Bhosle, Sadhna Sargam, Hemlota, Alka Yagnik and Mahalakhsmi have sung his compositions.

He has sung in over 50 audio cassettes with 5 solo albums. He has to his credit more than 50 television shows and uncountable stage shows at locations at every nook and corners, all over the state of Assam. He was a participant of the Guitar Ensemble of 1730 guitars in Shillong in October 2006, which had set a world record in the Guiness Book of World Records.

J P Das is married to Mrs Hira Das who herself is also a good singer. They have one daughter Jinti Das, who is also a singer and two sons Nitin and Rajib.

The soft and pleasant style of singing of J P Das is enjoyed by listeners cutting across age or generations gaps. He is one singer/composer who will perhaps never be cowed down by the grasping spell of the ageing process, at least mentally and he will remain like a bridge linking the temporal gaps of the generations, of music lovers and performers alike.

Lastly this is what he says about himself :

I AM NOT WHAT I AM BY THE BIO-DATA

I AM WHAT I AM BECAUSE OF WHAT I AM