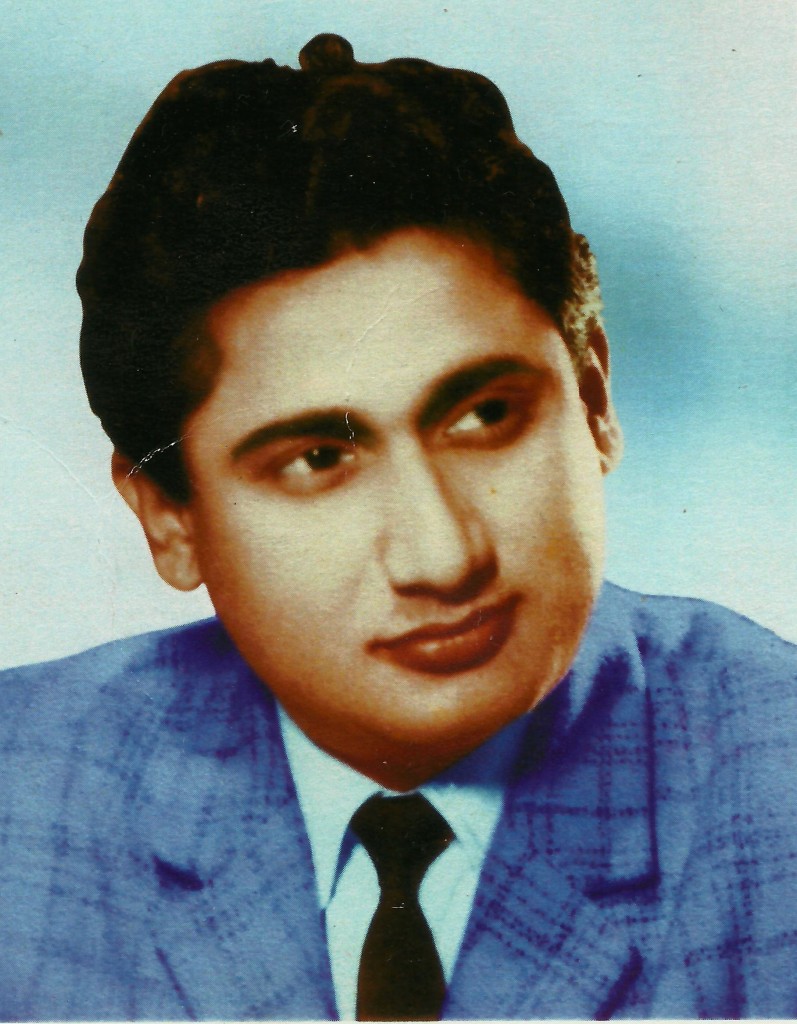 Jyotish Bhatta was born in 1937, to Mr Gunesh Chandra Bhatta and Mrs Kamakhya Kumari Devi in Dibrugarh town in the eastern end of Assam. His did his schooling in Government High School and college education in DHSK (Kanoi) College both in Dibrugarh. He took his B. A (Bachelor in Arts) Degree from the same college then under affiliation with the Gauhati University.

He worked for sometime as teacher in the George High School, now renamed Bagmibor Nilmoni Phukan High School. Thereafter in 1972, he joined the All India Radio Station at Dibrugarh as a Production Assistant and later on became a Music Producer there. Incidentally when that Radio Center was started in 1969, it was he who sang the inaugural song.

Jyotish Bhatta was involved in singing right from his childhood. In Dibrugarh he got the tutelage of a well known music guru of that time Mr Ratneswar Das and Mr Gopal Bannerji of Calcutta (Kolkata) who used to be a frequent visitor to the Dibrugarh town.

While in Kanoi College he found the ever-inspiring company of his teacher Mr Tafazzul Ali the great lyricist of Assamese modern music. In fact his association with Ali dangoriya was much older. While in school Jyotish Bhatta had gone to Guwahati in 1958 to participate in the Axom Xangit Xanmilon as a competitor, where he excelled and drew the attention of many musicians of that time like Ikramul Majid, Tarikuddin Ahmed , Purushottam Das and Tafazzul Ali. Tafazzul Ali at that time was a post-graduate student of Gauhati University and had by that time established himself as a lyricist and was residing in Dighalipukhuripar. Young Jyotish Bhatta wanted to give audition in Radio Center and requested Tafazzul Ali to give and teach him two songs, which he obliged. Ali dangoriya was highly impressed by this young singer who learnt the song within two hours and sang it with his sweet voice. The Tafazzul Ali – Jyotish Bhatta team was instrumental in the Kanoi College contingent led by Jyotish Bhatta, grabbing most of the prizes in the inter college music competitions all over Assam.

As a singer, Jyotish Bhatta can be classed as what is called the “Crooner”. He is famous and loved till date for his soft and exceedingly sweet voice. He has four music records to his credit. He was also an expert tabla and violin player, later of which he used to play for his own satisfaction and taste. Apart from being a musician he was a keen football player and a sports fan and took great interest in all sporting events including the Cricket matches.

Jyotish Bhatta expired in the year 1991 at Dibrugarh of cerebral stroke. He is survived by his wife Mrs Ranju Bhatta and his only son Mr Chiranjit Bhatta.

He may have left this abode but his musical creations have remained evergreen and will always remain evergreen for all the times and generations to come.