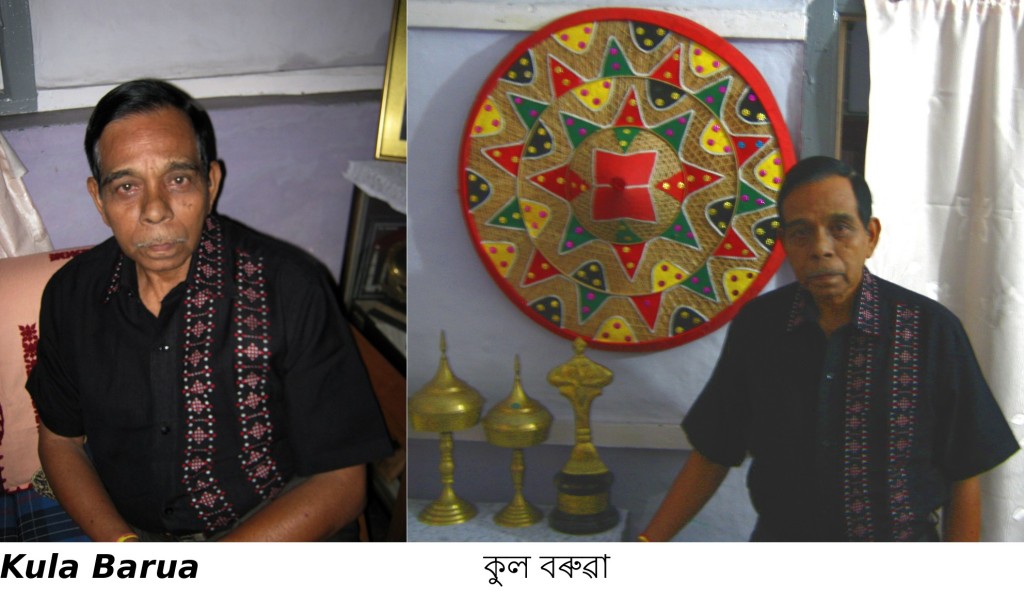 Kula Barua was born in the year 1938, at Guwahati city to Late Premadhar Barua and Late Lily Barua of the historically well known Mazindar-Barua family. As his father was in Government service with transferable postings, he did his schooling up to Class IV in Tezpur and the later part in Cotton Collegiate School in Guwahati. His college study was in B Barua College, Guwahati.

His singing career started with his singing in the Semoniar Sora programme for the teenagers, in the All India Radio. He used to sing in his college days also. By 1968 he became a regular artist with the All India Radio, Guwahati centre and also used to give public performances in various function all over Assam.

Besides that he has done the music direction in two films jointly with Mr Atul Medhi namely Srimoti Mohimamoyi and Xadori, both Pulok Gogoi productions. Just to remind the readers and listeners, the melodious songs “ Duhatote disa mok phool” and “Nila akaxore” sung by Dolly Ghosh is a creation of this music making duo,the songs are available in this website in the page of Dolly Ghosh. He has been the music director of two serials of the Doordarshan(TV) Guwahati Lohor and Namghoriya.

During his school days Kula Barua was a keen footballer. He is now involved in the Literacy Drive with a organisation Gyan Bigyan Samiti Assam.

He was employed with the Assam State Transport Corporation since 1959 and has retired from there as Head Assistant.