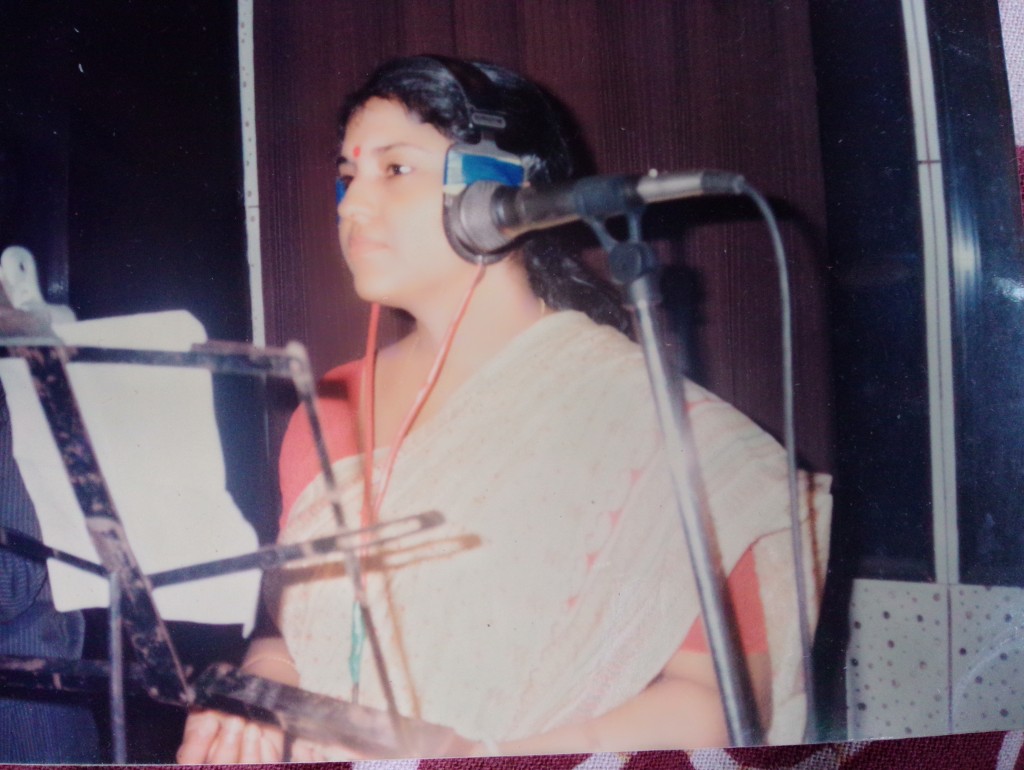 Madhumati Goswami was born in Chabua township near the Tinsukia city in eastern most corner of Assam in 1965. Her family originally hailed from eastern Bengal. Her father Late Jagadish Chandra Goswami and other immediate family members suffered the painful hardship of the partition of India in 1947 and they shifted to Tinsukia. Her father worked in the Northeast Frontier Railways. Her mother was Late Usha Rani Goswami. 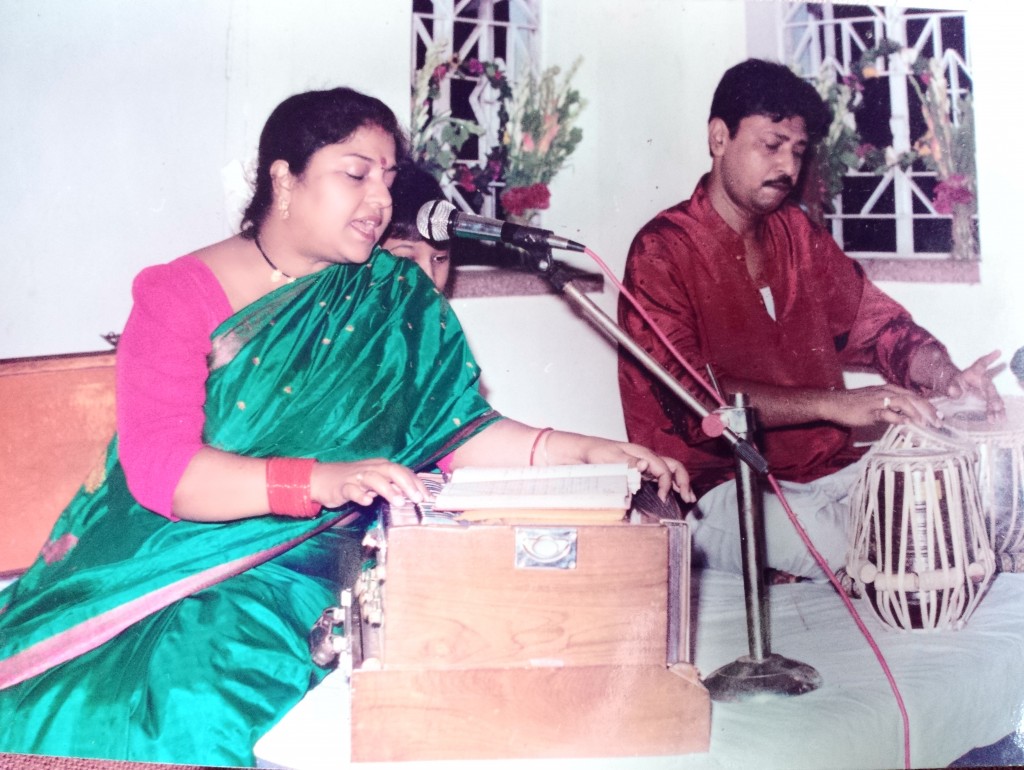 She studied in Tinsukia Bengali Girls High School and completed her graduation in Arts stream from Tinsukia Girls College under Dibrugarh University, Dibrugarh.

She started singing since she was three and a half years old. She took training under gurus, Paresh Roy and Prahlad Das under Bhatkhande institute of music. She has produced many cassettes and lent her voice in many videos and given innumerable stage performances. She is a singer with All India Radio centre at Dibrugarh. She has sung in two Assamese films Maa মা and Man Mandir মন মন্দিৰ. 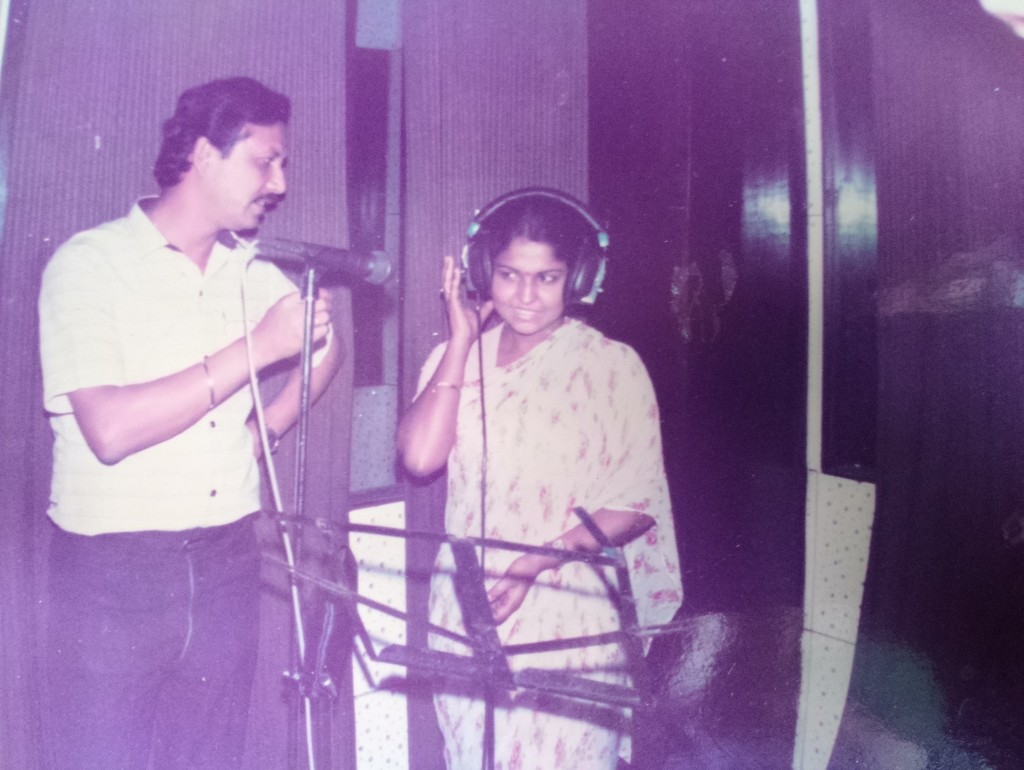 She fondly and gratefully remembers Dr Bhupen Hazarika and Mahanada Mazinder Barua for giving her breaks and chances to sing in Assamese films.

She got married to Mr Asish Bhattacharji of Kolkata who is a government employee and currently resides in Kolkata. They have one son who is doing MBA (master of business administration) there. 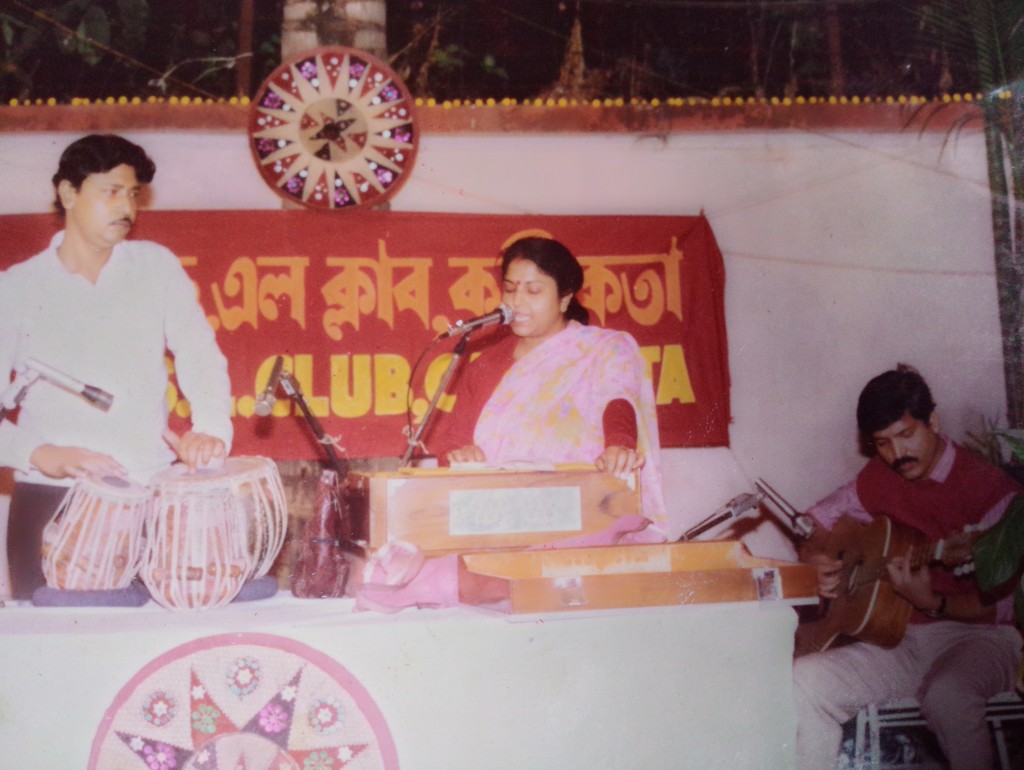 Apart from Assamese, Madhumati Goswami has sung many songs in Bengali, which is her mother tongue. But her Assamese songs far outnumber her Bengali songs. She is still in touch with the Assamese music world and travels periodically to Assam for the sake of music and to visit her siblings and friends in Assam. For last 2 -3 years she has been giving performances in Assamese versions of Nazrul Gitee and Rabindra Sangeet, organised by Mr Ranen Sarma an Assamese professional settled in the United Kingdom.

Apart from music she keeps keen interests in fine arts and literature.