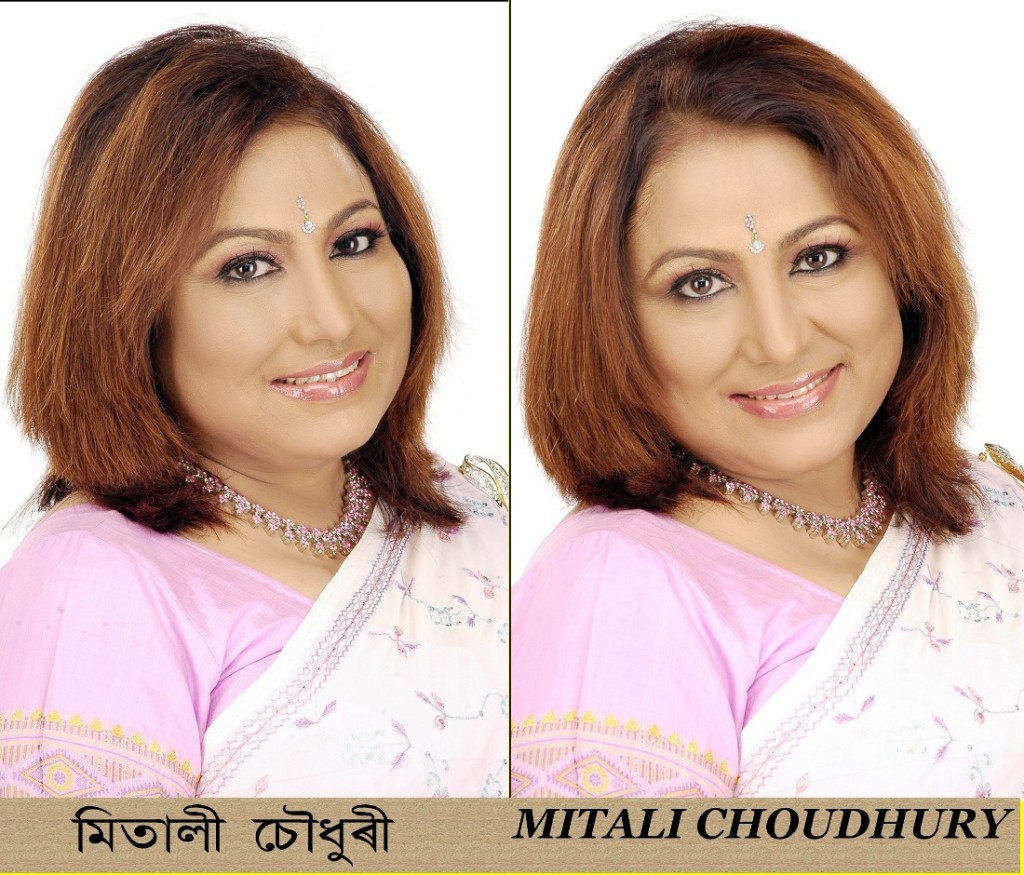 Mitali Choudhury was one of the sweetest, melodious and one of the most talented and versatile singer of the Assamese musical world. Apart from modern songs she had ventured into the realm of folk and classical music. Her voice was such that she could shift smoothly from a very low to very high scales or pitch, maintaining the sweetness and openness of the voice that was gifted to her by almighty providence. 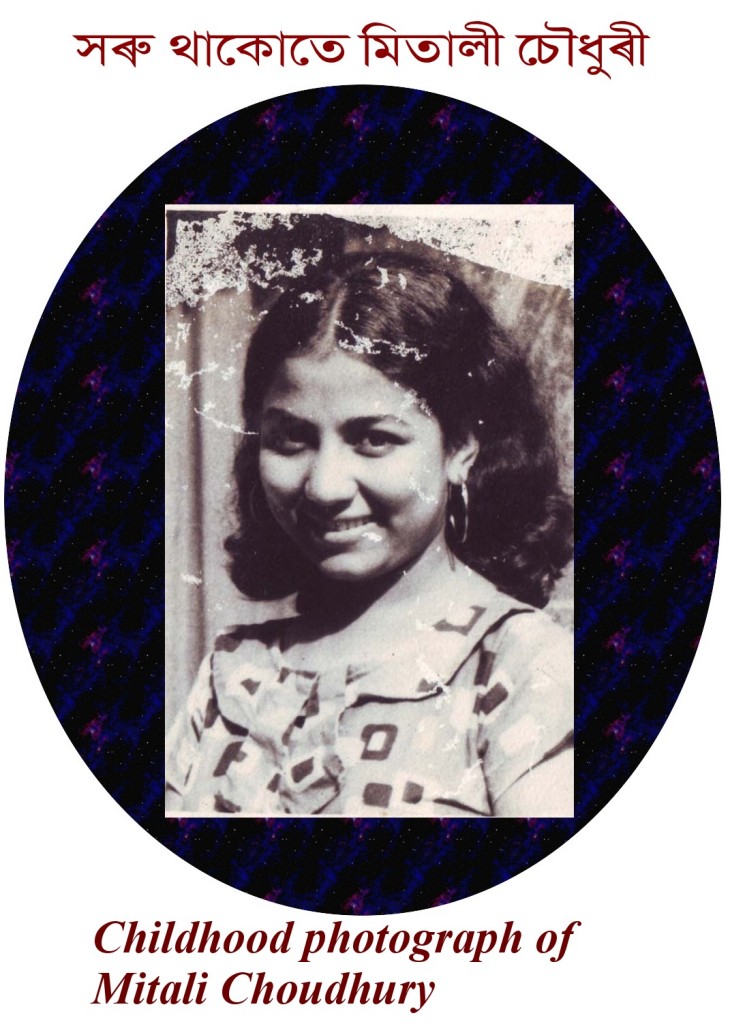 She started her cultural venture in the field of classical dances like Kathak and Manipuri but moved into the world of music realising where her actual talent and interest lay. Beginning with her singing of songs of her favourite Hindi film singers Lata Mangeshkar and her younger sister Asha Bhosle, she took formal training in Hindustani classical music from Animesh Dutta and later from Pandit Hiren Sarmah. She got a M. Mus degree in Hindustani Classical Vocal. As she stepped into the world of Assamese modern music, she sang in the schools and colleges she studied and won many laurels and prizes. She started giving stage performances and within a short period she gained immense popularity as a singer, marking a permanent place in the hearts of the audience. 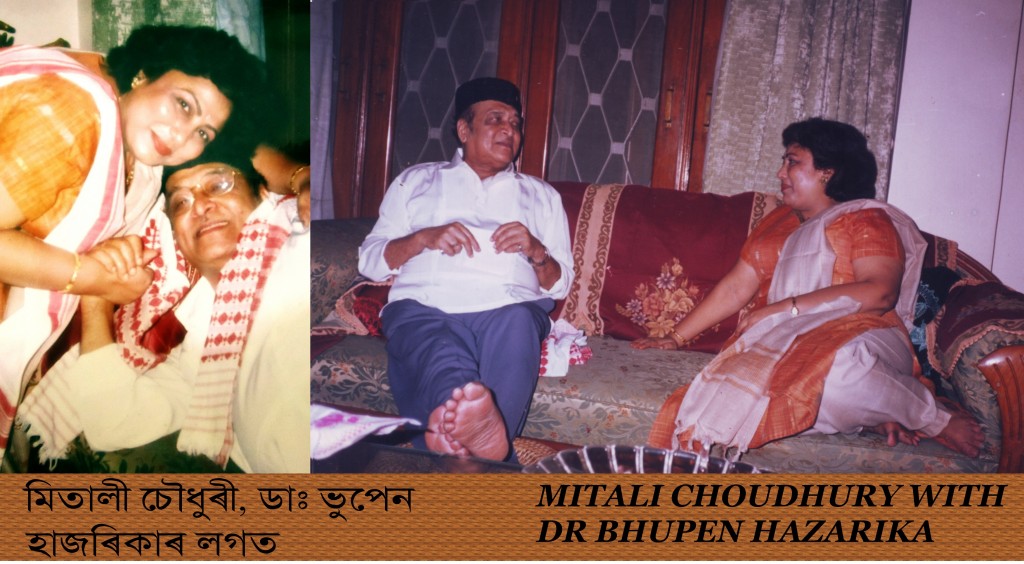 In the later part of her career after her marriage, Mitali Choudhury moved to Mumbai and that saw to her entering the world of Hindi music where also this highly talented singer from Assam could carve a permanent niche for herself. Many of the greats of the modern Hindi music like Naushad, Ravindra Jain, Nadeem–Shravan, Md. Rafi and AR Rehman, each have or had something great said on the talent that was Mitali Choudhury.

Besides singing in Hindi and Assamese Mitali has sung in many regional languages such as Bengali, Oriya, Marathi, Gujrati, Rajasthani, Bhojpuri, Punjabi etc.

Mitali Chaudhury was born on 10th January, 1960 to Prakash Chandra Chaudhury and Smt. Suwala Chaudhury at Ranibari, Panbazar, Guwahati, Assam, India, both parents no longer in this world.

She did her schooling from Panbazar Girls’ High School, Guwahati and college education from Cotton College and Handique Girls’ college, both in Guwahati. Their siblings consisted of two brothers and two sisters. Eldest is her brother Dr Pranit Kumar Choudhury, a Psychiatrist by profession, who retired as Head of the Department of Psychiatry, Assam Medical College, Dibrugarh, Assam. Next was her elder sister Mrs Meghali Choudhury married and settled in Guwahati, she is also a singer. Below her, Mr Pranjal Choudhury is her younger brother and the youngest of her family. He is an ardent fan of his elder sister and is the producer of many of her later Assamese musical audio and video albums. This profile of Mitali Choudhury and many of the songs in this page are in existence because of the kind help and co-operation rendered by Mr Pranjal Choudhury.

Mitali Choudhury was married to Mr Dilip Kumar Saikia Sonowal a well known politician of Assam in 1987. She has a daughter Ms Rajlakshmi who is now studying in Mumbai.

Mitali Choudhury expired on the 26th of March 2011 at 12:45 am in Kokilaben Dhirubhai Ambani Hospital, Mumbai due to multiple organ failure resulting from malignant affliction of one of her internal organs.

With that ended the saga of one of the finest, sweetest, melodious and versatile most of singers, the fertile soil of Assam had ever produced and presented to the world .

CLICK ON THE IMAGE BELOW TO GO TO THE VIDEO LINK 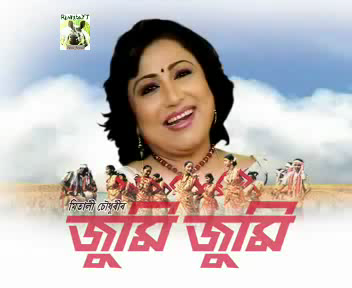