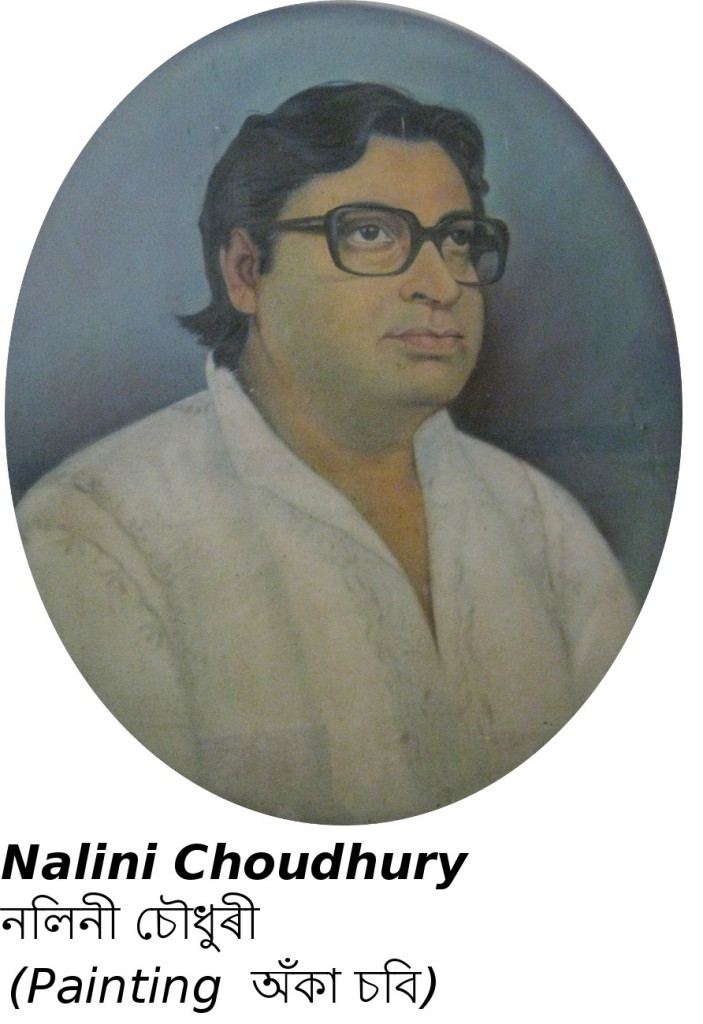 Nalini Choudhury was born in the year 1941 in village Andheritari near Chaygaon town in the south bank of the Brahmaputra river in the district of Kamrup. His parents were Late Surendra Choudhury and Late Charubala Choudhury. He got his education in the Guwahati city.

Nalini Choudhury was not only a singer, he was lyricist, composer and singer all rolled into one. That is why most of the songs he had sung were most often written and composed by himself.

On the 6th of December 1983, when the Assam Movement against the foreigners was in full swing, a speeding truck knocked him down while he was proceeding to take part in a fasting programme of litterateurs and artists as part of the agitation. He died in hospital on the 13th of December 1983. He was declared a Martyr (স্বহীদ) of the Assam Movement.

He is survived by his educationist wife Mrs Dalimi Choudhury and his children.