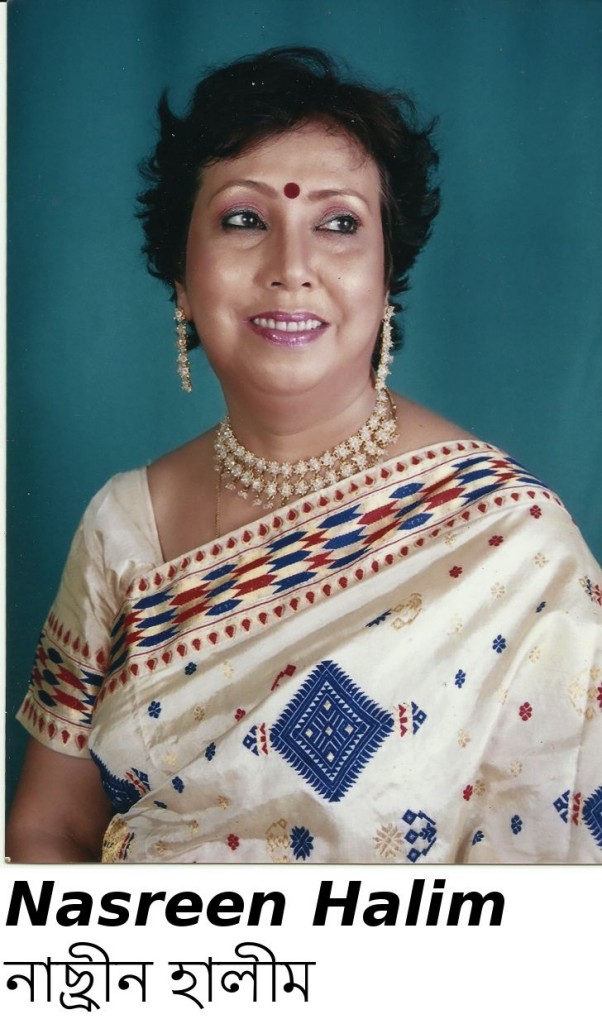 Nasreen Halim was born on the 20th of November 1957 at Dibrugarh, her parents being Late Abdul Halim and Late Shams Halim. She was associated with music since her childhood. There used to be a cultural show called Matric Candidate’s Show in Dibrugarh and it was here that she made her first stage appearance.

She did her schooling and college level study in Dibrugarh itself. She studied in Manohari Devi Kanoi College there and was the Best Singer for three consecutive years. She had been a regular singer in the All India Radio Centre, Dibrugarh since 1975 and a regular singer with the All India Radio Centre, Guwahati since 1984. She has released some music cassettes and compact discs (CD) with others and solo. In 1996 she released her solo album “Unmona monউন্মনা মন”

She was married to Mr Mohibul Islam Ahmed, an officer with the State Bank of India in 1987, the couple is blessed with a boy and a girl.