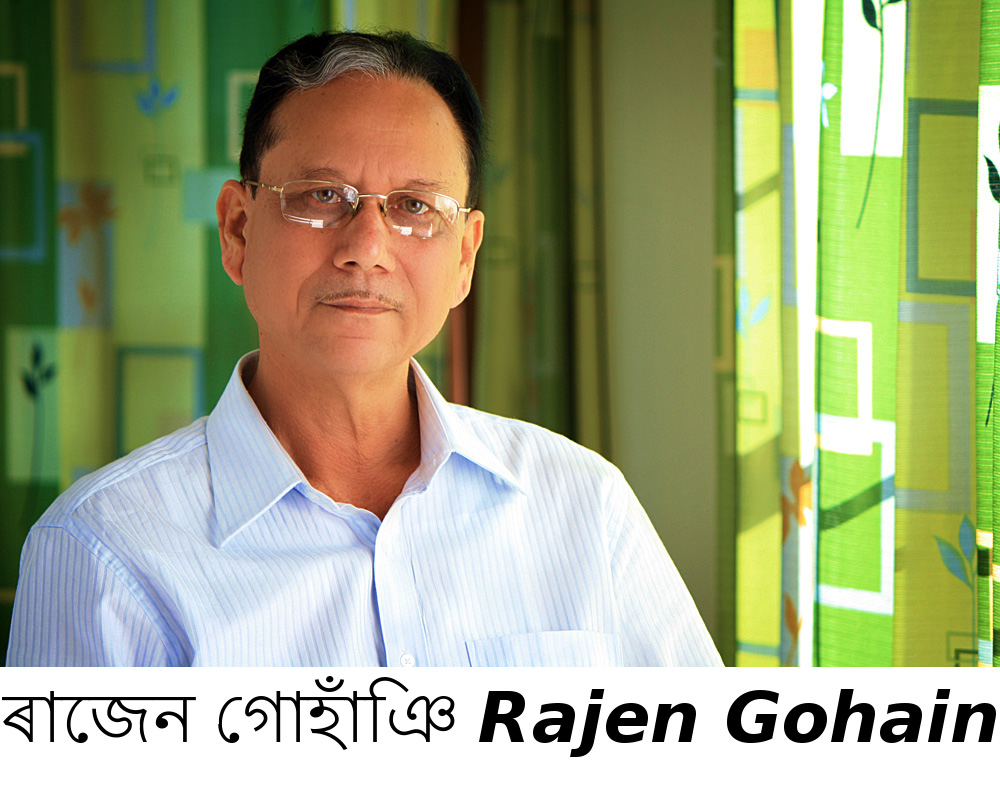 Rajen Gohain was born to Mr Soneswar Gohain and Mrs Phuleswari Gohain in the year 1946. He grew up in Tinsukia town in the eastern most part of Assam’s Brahmaputra valley. His schooling was in the Senaram High School there and then he shifted to Dibrugarh for his college study which he did in the Kanoi College there. 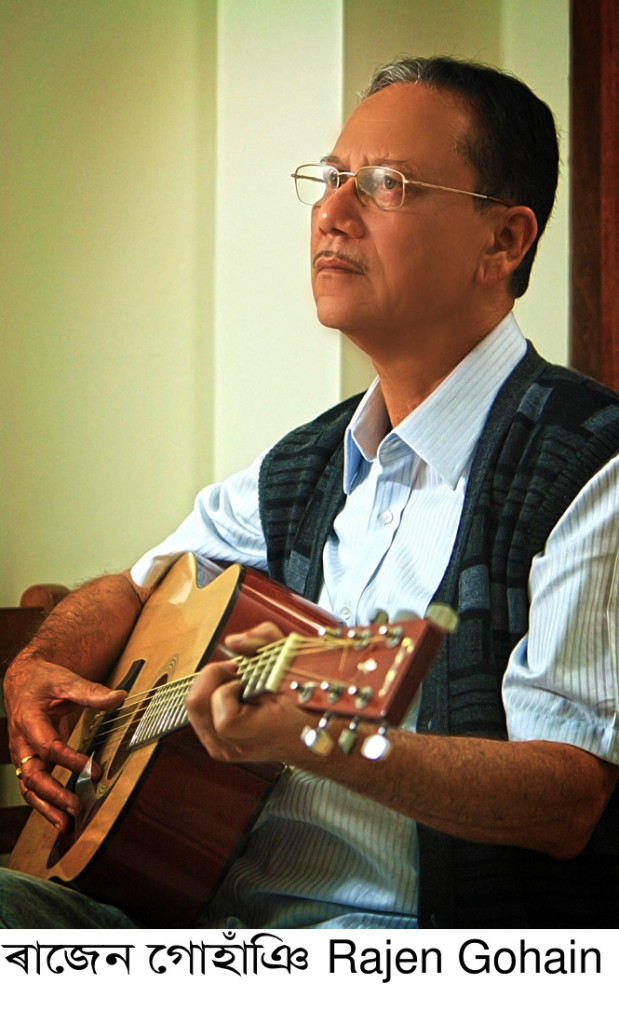 Rajen Gohain recorded his gramophone record around the year 1976 together with another popular singer now deceased Mr Ridip Dutta. The each of them had one side for themselves.

When the music cassettes came into vogue he had three cassettes recorded, one with Anima Choudhury , one with Namita Bhatta and one solo.

He was involved with the cultural organisation named Janaxangskritik Parishad and was part of the team associated with the making of the Long Playing record of the songs of the great Assamese cultural genius Bishnu Prasad Rabha.

Mr Gohain retired from the service of the All India Radio Dibrugarh, from the post of Music Composer in 2007. He presently resides in Dibrugarh town with his wife Mrs Shyamali Gohain, daughter Dr. Antara Gohain and son Arunjyoti Gohain.

He is now running a recording studio at Dibrugarh named “The Quivers”. That named was the name of an instrumental band of which Mr Gohain was a part in 1967. Others who were associated with it were to name prominently Syed Sadullah, actor Biju Phukan who then used to play the percussion instrument of African origin the Bongo, Hemanta Dutta, Prabin Goswami, Bhabesh Goswami and brothers Dr Ziaur Rahman (Jewel), and Nazifur Rahman (Prince).

Mr Rajen Gohain is one popular singer of Assamese modern music, whose soft, gentle and sweet style of singing has been able to maintain popularity with all generations of listeners.