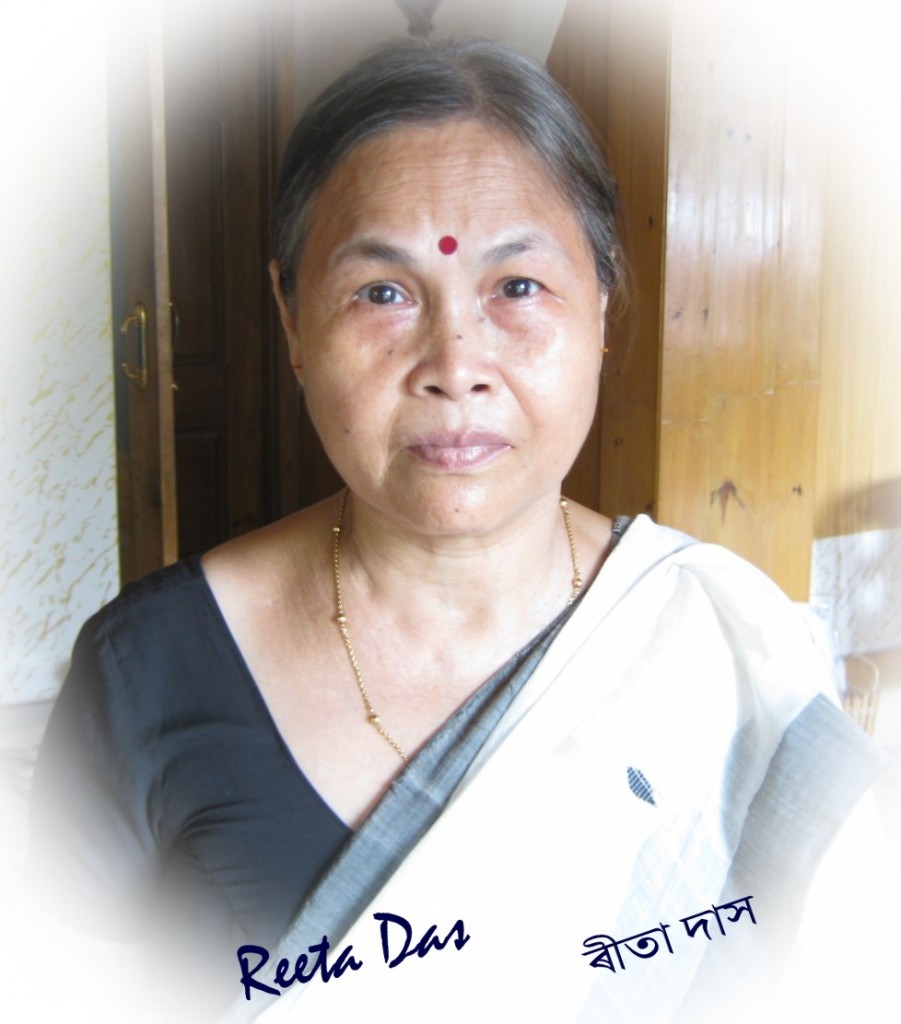 Reeta Das was born Reeta Barua on the 3rd of March 1957 at Ouphulia tea garden near the Moran town, in Dibrugarh district in the eastern most part of Assam state of India. Her father was Late Deveswar Barua and mother Late Gunawati Barua. Their family hails from Zaapirkhaziaa village, under Bakataa mouzaa in Sibsaagar district of Assam. Her siblings numbered 10 in all, 7 brothers and 3 sisters. Her elder brother Jahnu Barua is an internationally acclaimed film maker. Another of her elder brother Satya Barua was a well known singer of Assam and another brother Dibya Ranjan Barua is also a singer. 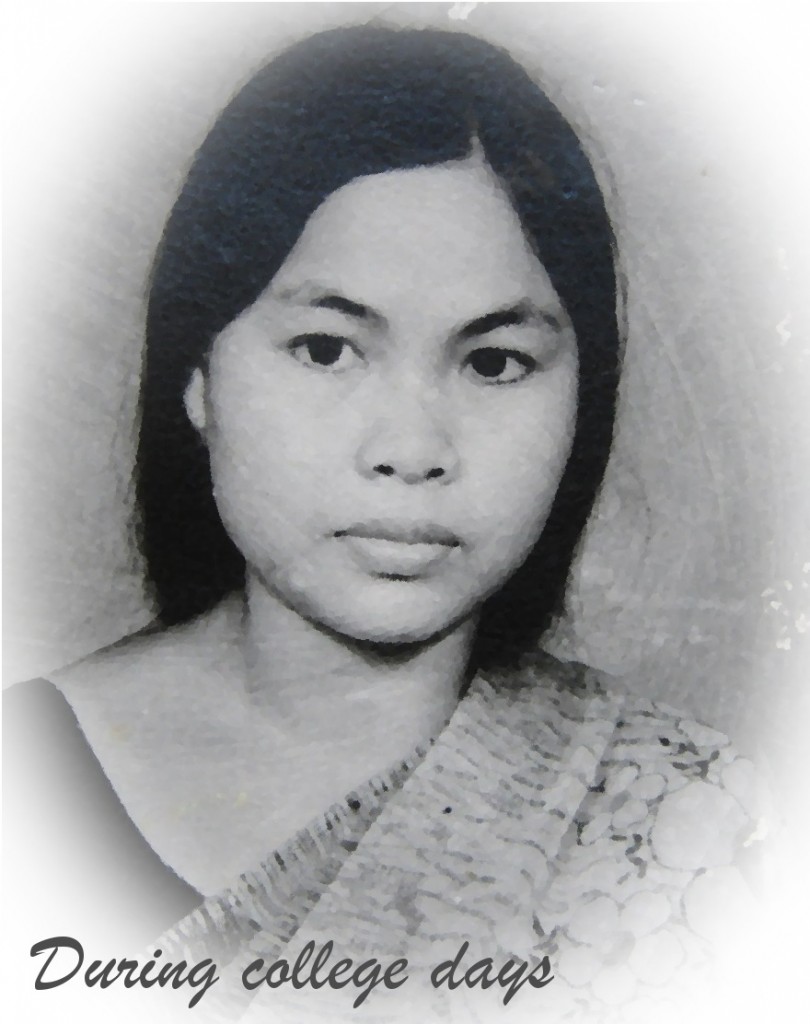 With a culture enriched environment prevailing in the family she started singing since a very young age. She sang at home, in school and in colleges. Then she became a singer of the All India Radio centre at Dibrugarh. She also sang in stage functions and in cinemas. Notable among the films very she has given her voice in the songs are Aparupaa অপৰুপা, Haaladhiyaa Saraaiye Baao Dhaan Khaai হালধীয়া চৰাইয়ে বাও ধান খাই, Phiringati ফিৰিঙতি, Kanikaar Ramdhenu কনিকাৰ ৰামধেনু. She is also a lyricist and a composer and has produced CDs with self composed and lyricised songs. She has sung in many TV serials of the Doordarshan centre at Guwahati, Assam.

She took training in Indian classical music at Kanak Kali music school at Guwahati, affiliated to Bhatkhande Music Academy, Lucknow, under the tutelage of music maestro Birendra Nath Phukan. She took this training after the completion of her graduation in formal education.

She did her schooling in Barpathaar High School near the Ouphulia tea garden where she passed her childhood days. Then she completed her Pre-Degree course from Sibsaagar College, in Sibsaagar town, in science stream. But she changed to arts stream in her degree course, which she completed from Kaanoi college, in Dibrugarh city. She got the B.A (Bachelor in Arts) degree, under Dibrugarh University in Dibrugarh.

She is married to Subheswar Das a well known drama producer, director and playwright, who is well known for his promotion of children plays and films. They were married in 1987 and they have a son and a daughter. The family resides in Gandhi Basti locality of Guwahati city.

Apart from singing she is also into acting in stages and in the TV and film world. The photograph below shows her in one of her acting roles. 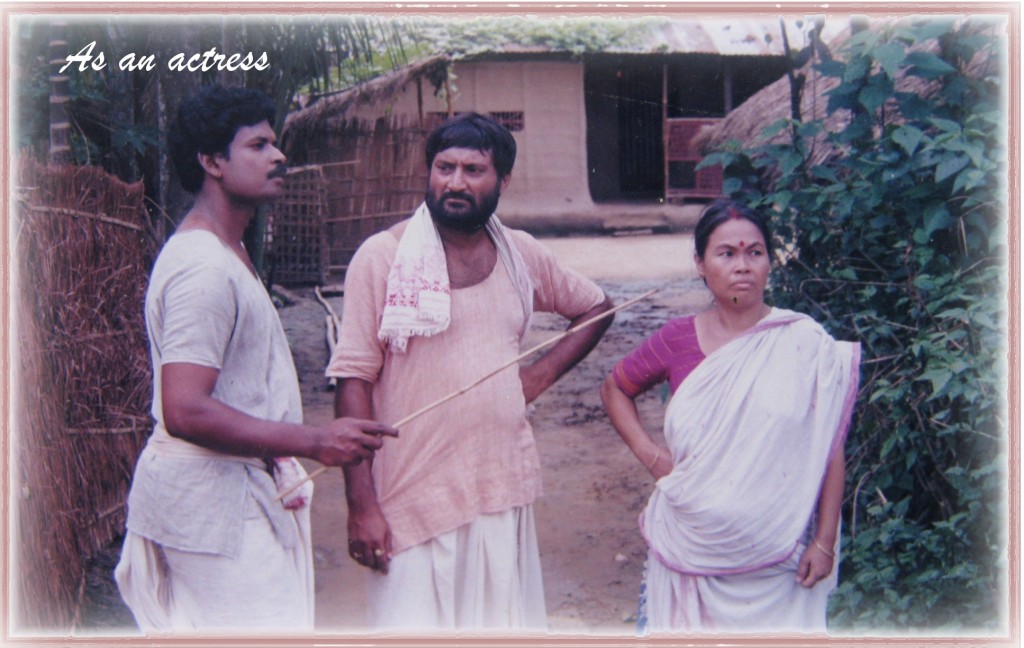