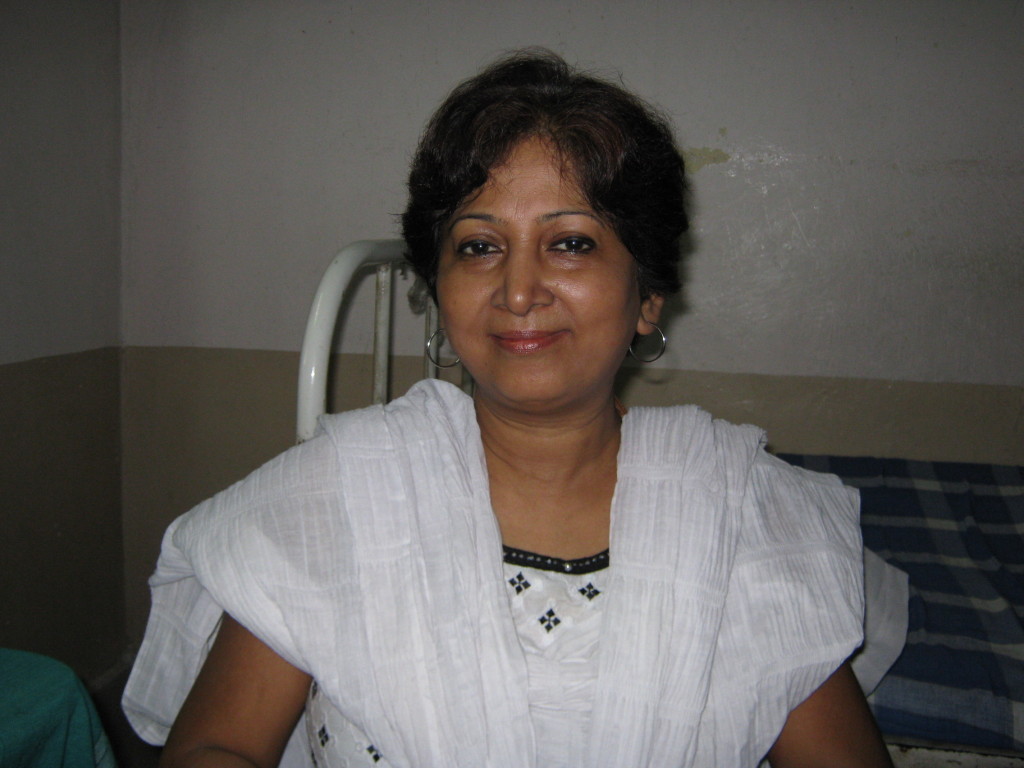 Dr Rizuwana Sultana Ahmed by profession is an Ophthalmic Surgeon, currently working in the Mahendra Mohan Choudhury Hospital , Guwahati. This specialist doctor added to her profession is an excellent singer, a pursuit she has been maintaining together with her primary profession.

She was born in Jorhat town on the 19th of October 1960. Her father was Late Md Derajuddin Ahmed and mother Begum Rezia Ahmed. Her paternal family roots are in the well known village of Nahoroni in the Golaghat district of Assam, which has given the Assamese people many a luminaries, the most famous of them being the well known Assamese litterateur Syed Abdul Malik.

She did her schooling and college education in the town of Nagaon in central Assam, in the Nagaon Government High School and Nagaon College respectively. She joined the MBBS course in the Assam Medical College, Dibrugarh in 1978 and graduated in the year 1984. She joined Post-Graduate course in the Ophthalmology Department (Regional Institute of Ophthalmology) of the Gauhati Medical College, Guwahati in the session 1992-93, from where she got the DOMS diploma.

Dr Rizuwana started singing since her childhood, for which she is thankful to her supportive parents, who had even engaged music tutor in her formative years. She used to participate in the music programmes of the Moina Parijat, Semoniya Sora and Yuva Bani programme of the All India Radio station of Guwahati. In 1976 after passing out the HSLC (High School Leaving Certificate) Examination she successfully took the audition test of the All India Radio station at Guwahati and since then been a regular singer of the Radio. She has got the distinction of being the best singer in several singing competitions. She has sung in the Assamese film Bohagor duporiya and in several Television serial title song. She has recorded an album of her songs titled “Smritir Jonak” for which she got the Moonlight Media Award and the Chitralekha Award.

Dr Rizuwana Sultana got married to Mustaqur Rahman who is an engineer by profession in 1991. The couple has a daughter Tamrina Azmi. Apart from being a technical professional her husband is an avid music lover and an ardent supporter of Dr Rizuwana’s musical pusuit. He has made a small studio set-up in their residence for audio/video editing. Her music videos can be found in her page in https://www.youtube.com/user/DrRizuwana.

As she is continuing her service to the human bodies as an ophthalmologist, so also, she has been keeping alive and running her contributions in relaxing and soothing the human minds by her songs.