Satya Barua was a mechanical engineer who left indelible marks as a musician in Assam. An engineering graduate from Jorhat Engineering College (B.E) under Dibrugarh University and also an Associate Member of Institution of Engineers (A.M.IE), he was into singing since his childhood. He was a natural born musician who was not only a singer but a lyricist, composer and a music director all rolled into one. He never required formal training to get this status. 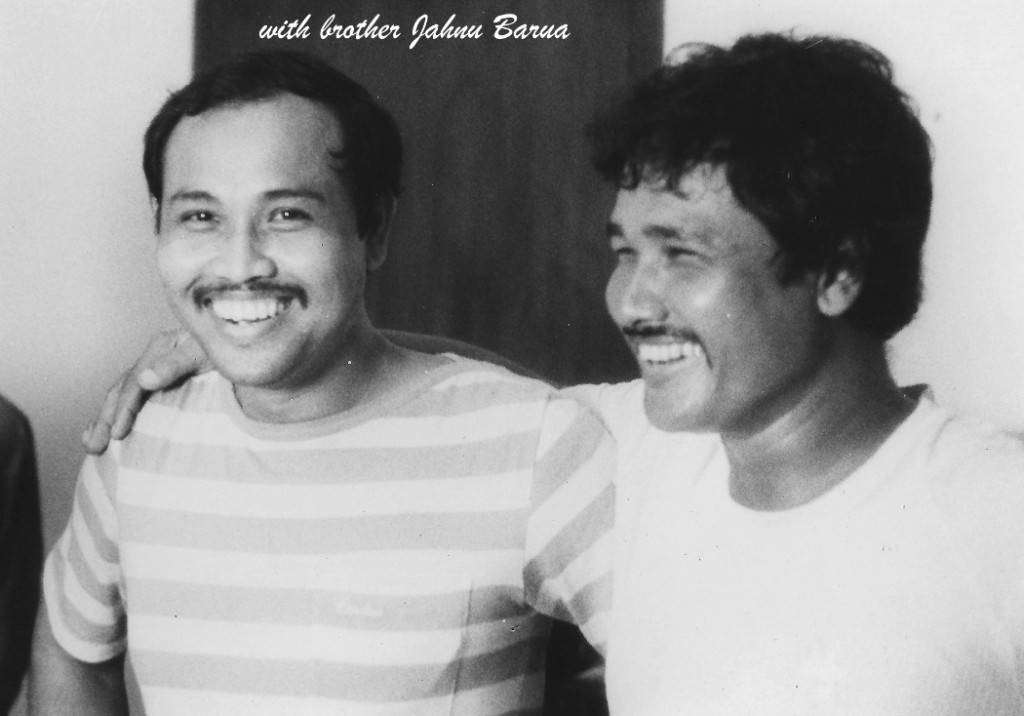 He was born in Ouphulia tea estate located near the Moran town in eastern Assam in Dibrugarh district, to Late Deveswar Barua and Gunawati Barua. His paternal family is based in Zaapirkhaziaa village, under Bakataa mouzaa in Sibsaagar district of Assam. His brothers and sisters numbered 10 in all 7 brothers and 3 sisters. A cultural atmosphere was there in the family. His brother Jahnu Barua is a well known film maker of Assam with international recognition. He was inspired by his singer sister Late Dayawati Barua and also Bhupen Hazarika. His younger sister Reeta Das (nee Barua) is also an established singer who is also listed in Ri-Mita Melody website, another brother Dibya Ranjan Barua is also a singer. He got his formal schooling in Borpathar High School near the Ouphulia tea estate and then joined Sibasagar College for the pre-degree course before joining the Jorhat Engineering College. He got his B.E degree in Mechanical branch from Dibrugarh University. Later he got Associate Member of Institution of Engineers (A.M.I.E) as an added qualification. He started working in a private company in Guwahati for some time then opened his own firm and industrial unit manufacturing agricultural pump sets in Guwahati. Apart from his profession as an engineer and an industrialist and his added work as a musician, he kept keen interest in literature, which saw his blossoming as a lyricist and he also kept his interests in sports.

He was married to Mrs Punya Barua and they have a daughter Parijat.

Satya Barua died pre-maturely on the fateful day of 13th of November 1992 in a road accident. Reportedly, he was driving a two wheeler along the fly-over at Noonmati in Guwahati when a car hit him. That proved fatal for him. Thus, Assam and its people lost a multifaceted talent, a positive contributor towards the cultural, social and industrial aspect of the state, forever.